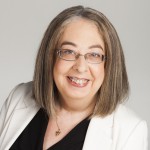 Bambi Rakhel is passionate about helping people connect or reconnect to Judaism in a meaningful way.

As a second generation holocaust survivor who was denied a Jewish upbringing, Bambi Rakhel searched for years to find meaning in her life that would fill the void she felt inside her.

After years of searching, she realized that her Jewish soul was crying out to be nurtured and nourished. So at the age of forty, she embarked on a journey of educating herself about Judaism.

Along the way, she encountered teachers of mystical Judaism and Kabbalah that transformed her life.

Rakhel has been studying Jewish mysticism weekly since 2007. She has been teaching regular Torah classes with a mystical flavour for many years, gives regular drashot and facilitates mystical seders. Venues include the Lamm Jewish Library of Australia, the Jewish Museum of Australia, Limmud Oz, and a Service for the Soul group.

Rakhel has a background in family medicine, medical education and oral history. She is currently writing a book about her spiritual journey.

Deborah Masel (1957 – 2011) was an outstanding teacher of Jewish mysticism who inspired a love of Jewish learning in those who had the privilege of attending her weekly classes in Melbourne, Australia. Despite her secular upbringing, she developed a passion for Jewish learning in her late thirties. This included studying the Talmud, the Zohar and Midrash. The lineage of her principal teachers can be traced back to the Baal Shem Tov.

Debbie was also a wonderful author, journalist and poet who graduated from Melbourne University with a Bachelor of Arts after majoring in English Literature and Political Science. Rakhel has vivid memories of attending the book launches of In the Cleft of the Rock, a beautifully written book which includes prose poems about the parshah of the week, and Soul to Soul, a poignant memoir of Debbie’s experience of metastatic breast cancer. Her energy and vitality during those book launches amazed those who knew how unwell she was.

This list shows Debbie’s main teachers of Torah. This is important, because the lineage of her principal teachers can be traced back to the Baal Shem Tov.

both of whom she studied with for many years.

Books published under the name of Deborah Miller

Books published under the name of Deborah Masel

The first half of this program is a tribute to Deborah Masel, aired several weeks after she passed away. It includes an excerpt of an interview that the presenter Rachael Kohn did with Deborah Masel about her book “In the Cleft of the Rock”, her journey with cancer, and how Torah learning has supported her during challenging times. The program also contains part of a memorial service by Rabbi Ralph Genende.

Debbie inspires listeners with her courage, her honesty and her willingness to show us her vulnerability.

Both the interview and the transcript can be downloaded by going to the above link.

Rabbi Henoch Dov Hoffman, from Denver, Colorado, is a teacher of Torah, Kabbalah, Jewish history and Talmud. He has a special interest in teaching classes on the writings of Rabbi Kalonymus Kalmish Shapira and the Ishbitzer Rebbe.

Rabbi Hoffman is also a pastoral counsellor and psychodrama therapist who leads spiritual journey expeditions in the wilderness. In 2014, he led a unique pilgrimage to Ukraine and Poland, in which he taught at the graves of Tzaddikim.

Deborah Masel was a long term student of Rabbi Hoffman’s for many years, both over the phone and face to face, in Safed, Israel, and Denver, Colorado. She introduced Rakhel to him.

Rabbi Kalonymus Kalmish Shapira, also known as the holy Rebbe of Piecezna and the Esh Kodesh, supported his students in the Warsaw ghetto during the Holocaust by delivering inspiring drashot (interpretations of the Torah portion of the week). He wrote these sermons down after the Sabbath, put them in a canister, and buried the canister in the rubble of the Warsaw ghetto. The canister was discovered years after his death, and his writings sent to his relative, Rabbi Yeshaya Shapira, in Tel Aviv, with the request that they be printed. Although available to Hebrew speaking readers, it took until the year 2000 for his teachings to be published in English. Rakhel’s Torah teacher, Deborah Masel (known as Deborah Miller at the time), edited the book Sacred Fire: Torah from the Years of Fury 1939 – 1942.

The Esh Kodesh’s message of faith is a practical one that can be applied to anyone going through a dark period in their life. His teachings were of enormous comfort to Debbie during her battle with breast cancer. She writes of this in her book Soul to Soul.

Although the text of Sacred Fire can be challenging to understand without an experienced teacher, Rakhel believes it is worth studying if it resonates with you.